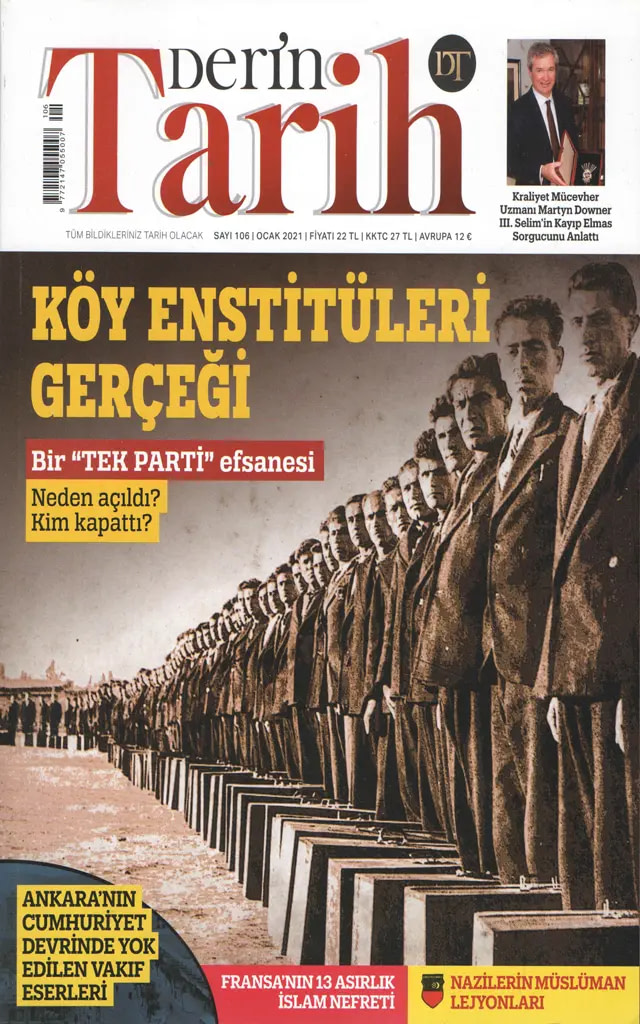 We are discussing a subject that we have heard about for many years but that our people do not know much about: Village Institutes. Village Institutes were largely shunned from the communist Soviet Union regime and were nothing more than a project to reduce Kemalist ideology to villages, as well as to train loyal servants to the regime. The Village Institutes could not go beyond being “houses of mischief” opened in order to train amirs for the Kemalist regime and to keep the village in its former state.

With the first issue of 2021, our accounting comes alive with the past.

Here is the real face of Village Institutes…

In addition, Derin History brings you a compilation from the newspaper “Yarim”, which was published by Arif Oruç and was closed with the 1931 Press Law. Derin History gives a glimpse into the social, economic and political scenes of the Republican Era, from a banned newspaper to the news that people committed suicide due to living in misery, that we exported turtles for national economic development, to the children of this nation who took their share from the secular education system and became Christian, and to many other articles. He presents this work, which sheds light on the moment, to you. The work titled The Deleted History of the 1930s, prepared by Mustafa Armağan, is presented to all readers in The Last Dissident Arif Oruç’s Tomorrow Newspaper.

Deep History continues in the light of information that will make you forget all you know.