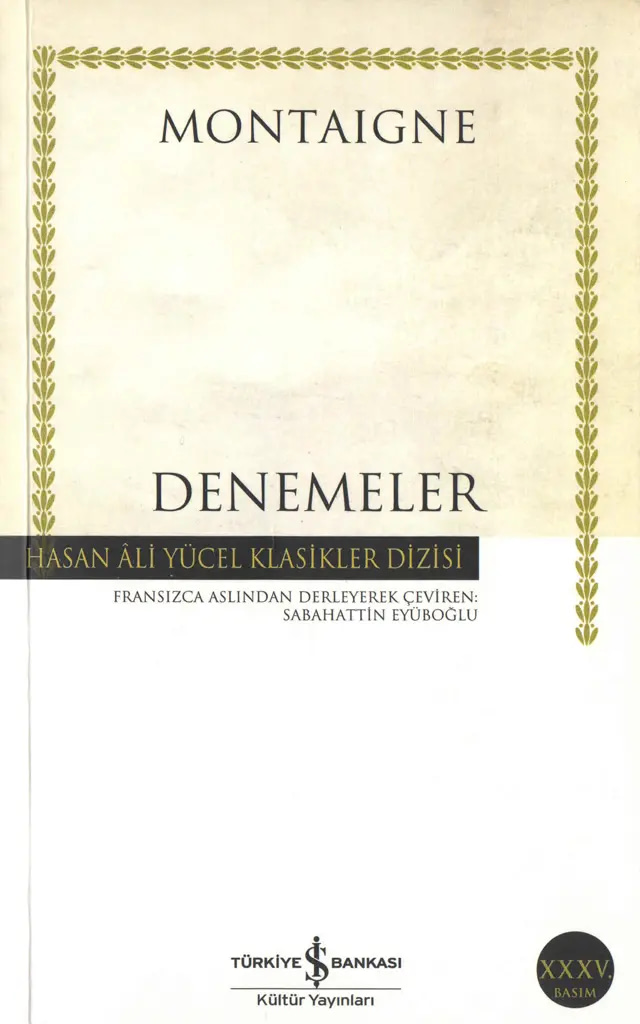 Michel de Montaigne  (1533-1592): “Know thyself” and “What do I know?” He is the father of the “experiment” type, which examines all the states of humanity in a person, starting with basic questions such as.

This creative process, which started when he retired to his farm with his books in 1571, prompted Montaigne to take notes on what he read, and the same notes eventually formed Essays (1580).