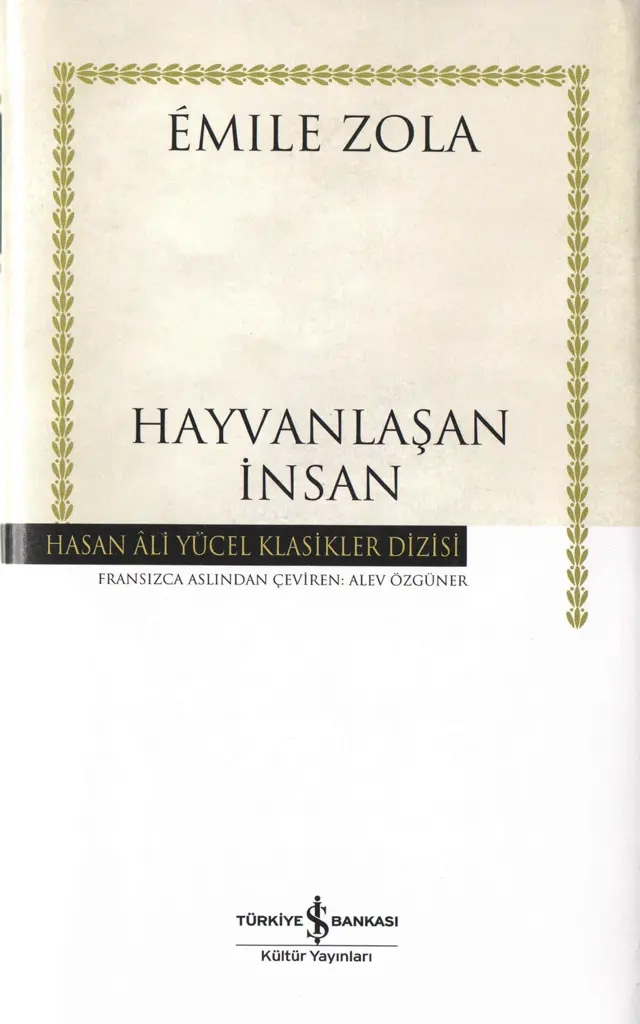 Seventeenth book in this series about the Second Empire period jerk Human was published in 1890. The novel is a crime and love story set on the railway line between Paris and Le Havre in the 19th century; It tells about man’s instinct to kill and how he can turn into an evil machine.

This novel, in which Zola deciphers the gloomy, destructive and primitive desires brought by industrialization with his unique power of observation, has been adapted to the cinema many times.