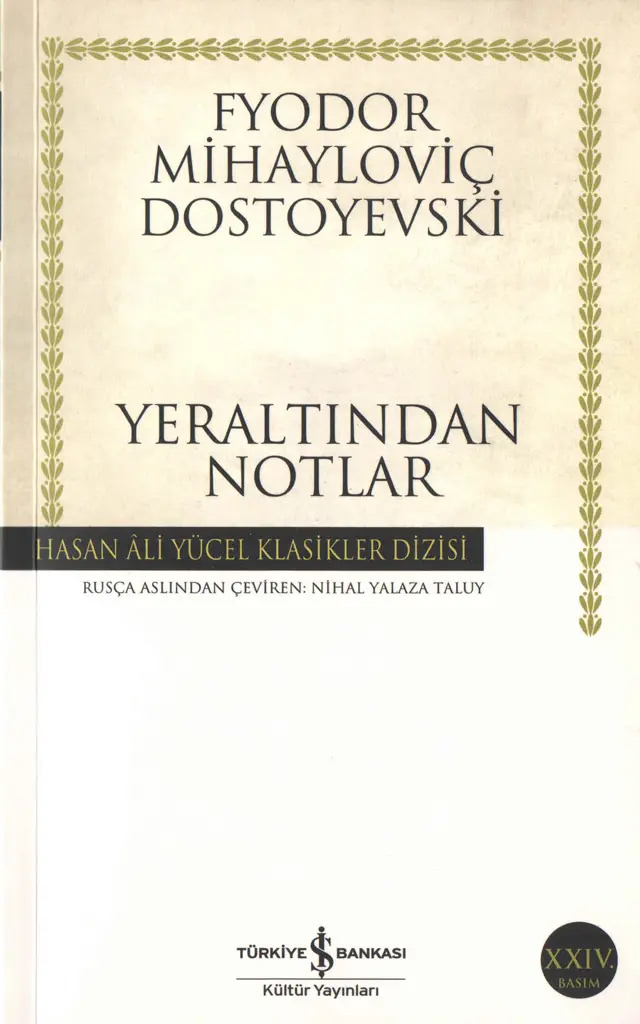 Notes from the Underground

Fyodor Mikhailovich Dostoyevsky (1821-1881): His first novel, Insanciklar, attracted attention with its striking subject and different fiction. He gained a reputation as an important writer with his power to display the depths of the human soul. However, his later published works did not attract much attention at that time. Dostoevsky  was arrested in 1849 on the grounds that he was a member of the Petrashevsky group, which opposed the oppressive regime of Nicholas I. When he was about to be shot, his sentence was commuted to exile and compulsory military service. He regained his former fame with the novels he wrote after his Siberian exile.  Published in the journal Vremya in 1864,  Notes from the Underground is about the inner conflicts and delusions of a person who isolates himself from the real world. This novel carries the clues of the great novels that Dostoevsky would write later.