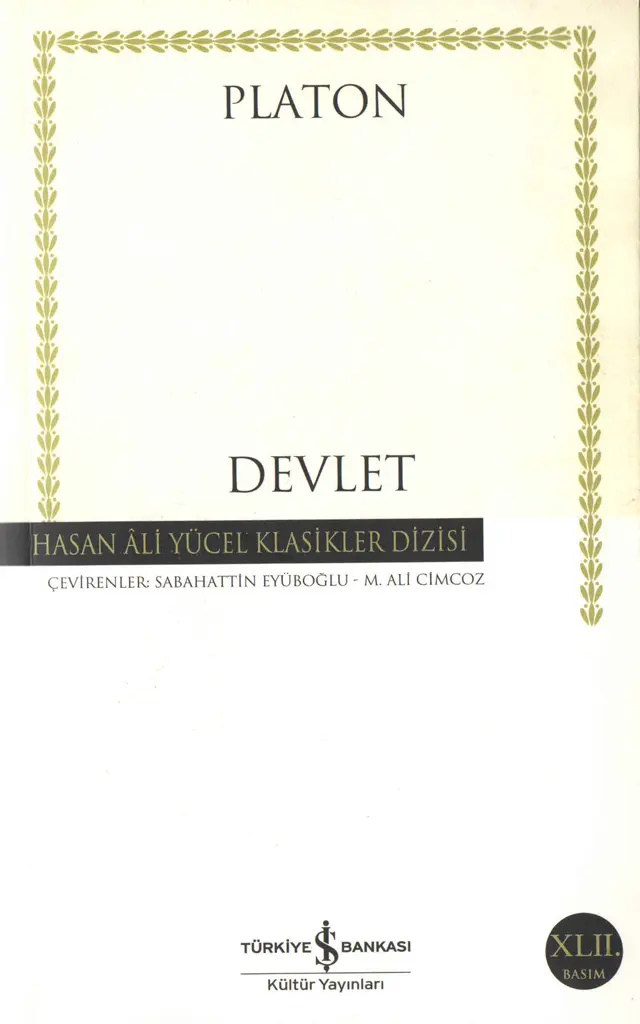 Platon (Platon, ca. 428/7 BC – ca. 348/7 BC): Founder of the Akademia (387 BC), considered the ancestor of today’s university, and one of the masters who best translated philosophy into writing with the “dialogues” in which he made his teacher Socrates speak. In The Republic (Politeia), which is the most well-known of his dialogues together with Socrates’ Apology (Apologia), Plato explained the best state he dreamed by examining “human conditions” such as “goodness”, “equality”, “strength” and “righteousness”. This fundamental work has been among the reference sources of all state theory or social orders that have been put forward for more than 2000 years, whether next to or against it.