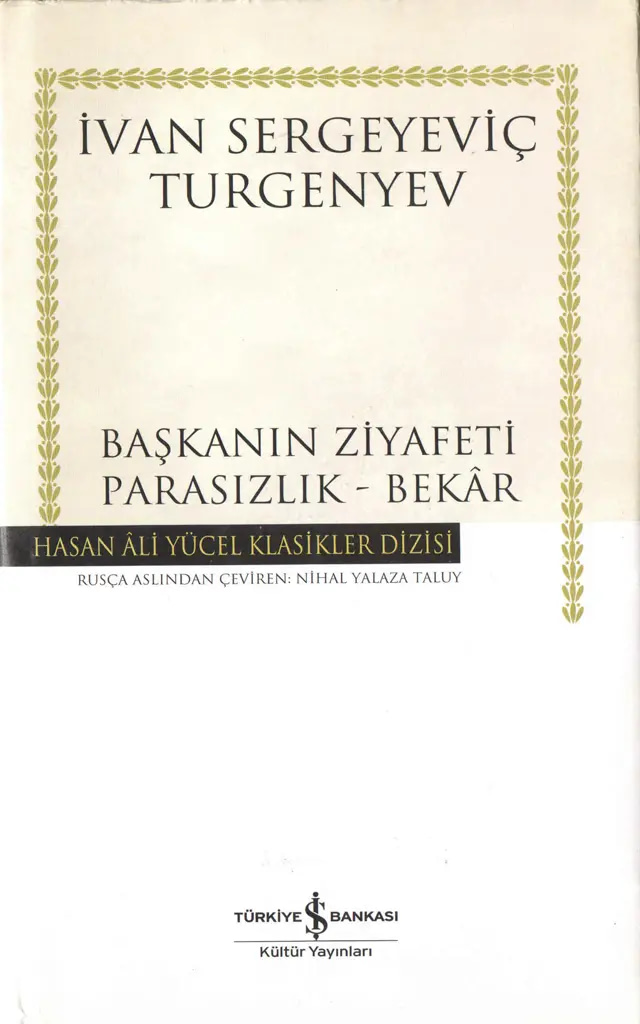 In this book, there are plays called The President’s Banquet (1849), Lack of Money (1845) and The Bachelor (1849), which are among the first comedy examples of Turgenev ‘s stage works .

In The President’s Banquet , Turgenev talks about a division of property among the nobles in the country, a nobleman who insists on living in the big city despite his financial problems in Lack of Money, and what happened during the preparations for a marriage in Bekar.