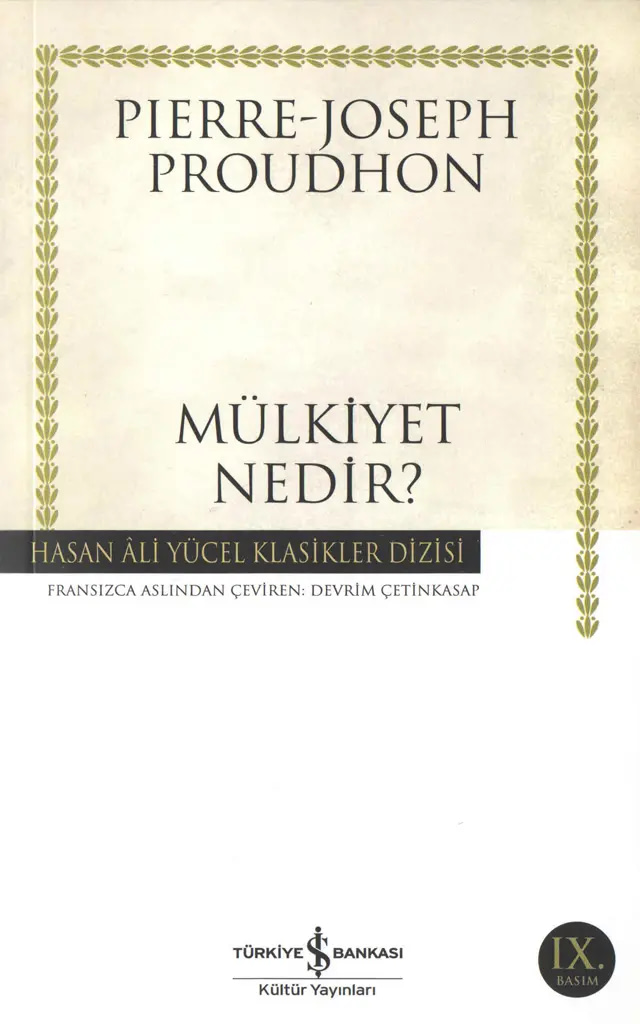 Pierre-Joseph Proudhon (1809-1865): Famous French thinker known for his anarchist theses. What is Property, published in 1840? He became famous for defining property as theft in his first work. Proudhon, who claimed that the condition of existence of today’s societies and hierarchical primitive societies is anarchy, was elected to the Constituent Assembly in 1848. In 1849 he established the people’s bank to show that unrequited credit was possible. Unfortunately, this institution could not function. Later, he turned to work on social and political issues rather than economic issues. He died shortly after publishing his work On the Principle of Federation.