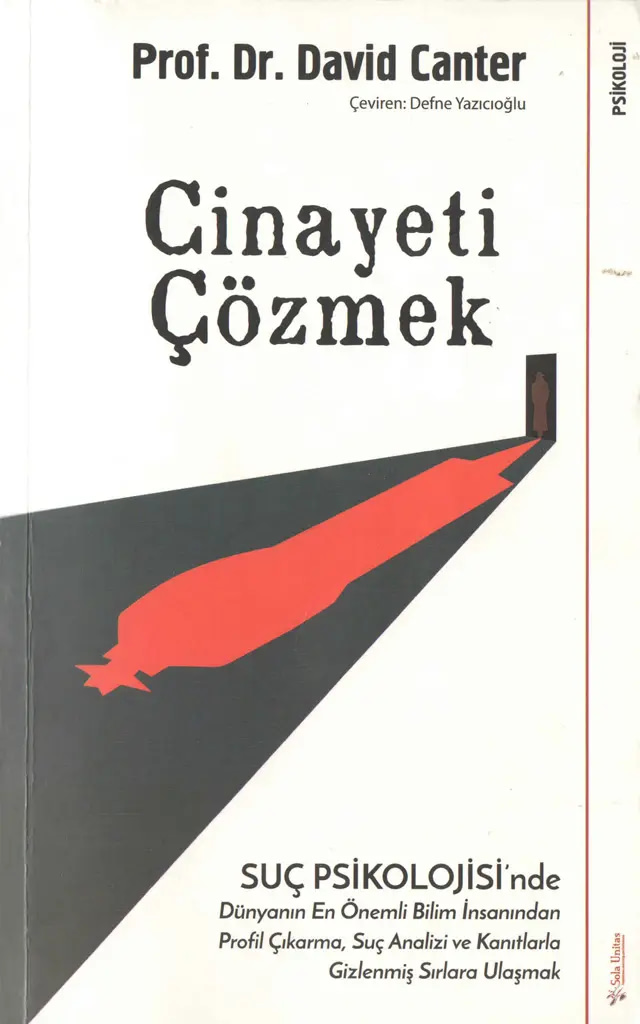 “The footprints of criminals appear most clearly on the maps of the murders they have committed. Just as a shoe print tells us about a person’s height, body structure, and even lifestyle, the metaphorical footprint on the murder map reflects the criminal’s spatial pattern of committing crimes. This is an extraordinary discovery that serial killers and rapists do not act randomly or arbitrarily in their actions.” says David Canter.

In his book Solving a Murder, the author, who is deeply familiar with the criminal world and pioneered with his many studies, takes us on a tour of the labyrinths in the brains of serial killers.

While examining murderers such as Jack the Ripper, Fred West, John Duffy, and Marc Dutroux, who left frightening traces in human history, Canter, on the other hand, conveys in a fluent, original and equally exciting language how killers go hunting today, using geo-profiling technique. .

The author, who conveys the murder cases that have been solved in many parts of the world such as England, Belgium, America and even New Zealand, with the methods he developed himself, tells that the murderers, both psychologically and geographically, but certainly each of them, in these bloody journeys, are sometimes a detective and sometimes a victim. It allows us to accompany you.

If you are wondering how the map of violence in a murderer’s brain is reflected in the world, this book you hold in your hand will reveal that map in all its nakedness and horror.