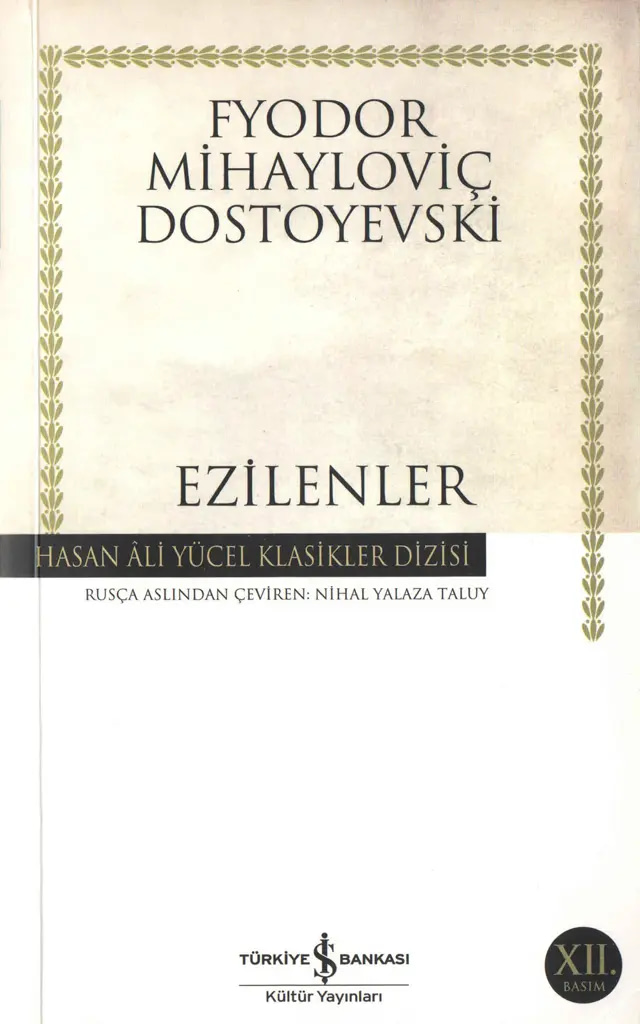 Fyodor Mikhailovich Dostoyevsky (1821-1881): His first novel, Insanciklar, attracted attention with its striking subject and different fiction, and became famous as an important writer with his power to convey the mood of the people. Although his stories and novels published after this book are among the classics of literature in our age, they did not attract much attention at that time. Dostoyevsky, who joined a political group opposed to the oppressive regime of Nicholas I, was therefore arrested and sentenced to death. When he was about to be shot, his sentence was commuted to exile and compulsory military service. He regained his former fame with the novels he wrote after his Siberian exile. Published in 1861, The Oppressed met strong criticism from critics, but was well received by a wide readership.