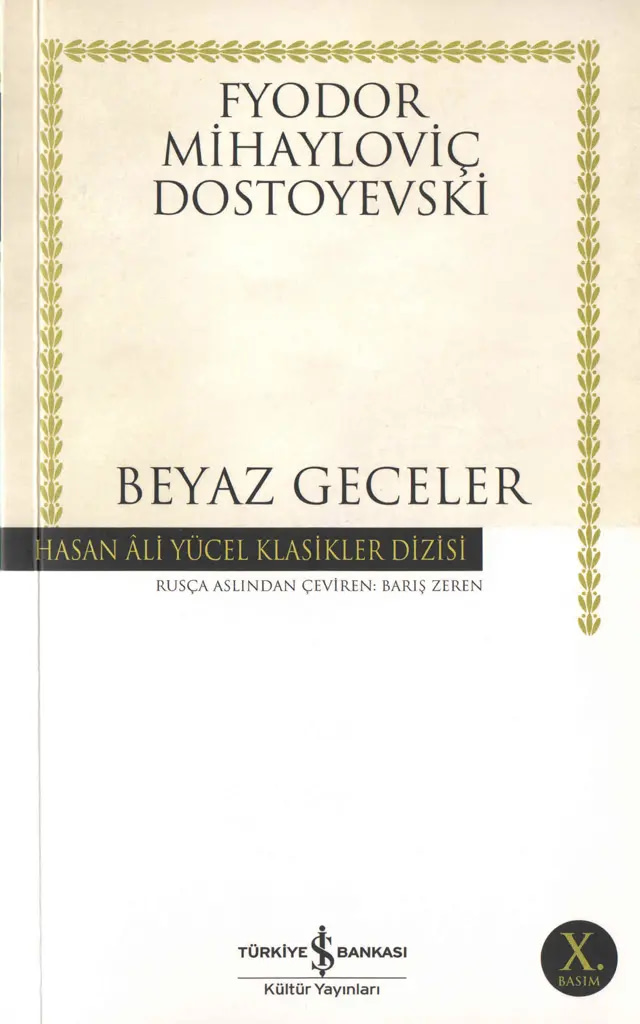 Fyodor Mikhailovich Dostoyevsky (1821-1881): His first novel, The Humanlets, was published in 1846. The famous critic V. Byelinski spoke of Dostoevsky as the great writer of the future on this work. However, although his later published works are among the literary classics of our age, they did not attract much attention at that time. The writer was arrested in 1849 on the grounds that he was a member of the Petrashevsky group, which opposed the oppressive regime of Nicholas I. When he was about to be shot, his sentence was commuted to exile and compulsory military service. He regained his former fame with the novels he wrote after his Siberian exile. In addition to White Nights, one of his most well-known works, which he wrote a year before his exile, this book also includes the stories of Someone Else’s Wife and the Husband under the Bed, Christmas Tree and Wedding, The Honorable Thief, and the Softhearted, all from 1848.